Estonia opens an Honorary Consul’s Office in Vordingborg in Denmark

On 12 September, Estonian Ambassador to Denmark Märt Volmer opened the Honorary Consul’s Office in Vordingborg in eastern Denmark. The new honorary consul is Filip Rasmussen who is member of DECC Council and has more than 20 years of experience of working with Estonia. Rasmussen was also one of the main initiators of the joint celebrations of the 800th anniversary of the Dannebrog flag.

According to Ambassador Märt Volmer, the opening of the Honorary Consul's Office in Vordingborg makes it easier to build on the historic friendship between Estonia and Denmark. “Vordingborg is the hinterland of the capital region, an important point for tourists travelling to western Europe, home to industrious farmers and the cradle of the joint history of Estonia and Denmark,” the Ambassador said. “In Filip Rassmussen, we have gained a very active and capable honorary consul who has already worked with us on several successful joint projects, and I am sure there are more to come in the future,” Ambassador Volmer added.

Filip Rasmussen has boosted relations between Estonia and Denmark for years, especially in tourism and agriculture, and with several cultural projects. In addition to his huge contribution to the joint anniversary celebrations of the Dannebrog, he was also one of the initiators of the Danish week in Estonia and the Estonian week in Denmark. As an honorary consul, he plans to focus more on enhancing economic cooperation between Estonia and Denmark through exports, and highlights bolstering ties in tourism, culture and education.

The Honorary Consul’s Office is located at Stavreby Strandvej, Præstø, and covers the municipalities of Vordingborg, Guldborgsund, Næstved, Lolland, Faxe and Stevns.

Additional information:
Kaisa Hanna Parel
Ministry of Foreign Affairs of Estonia
Communication Department
This email address is being protected from spambots. You need JavaScript enabled to view it.
+372 637 7654 / +372 588 551 71 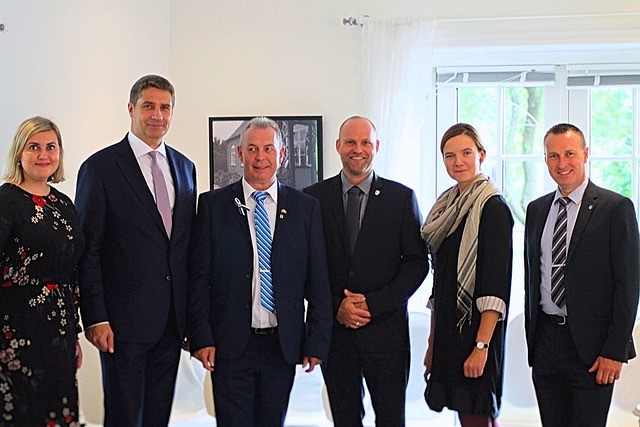