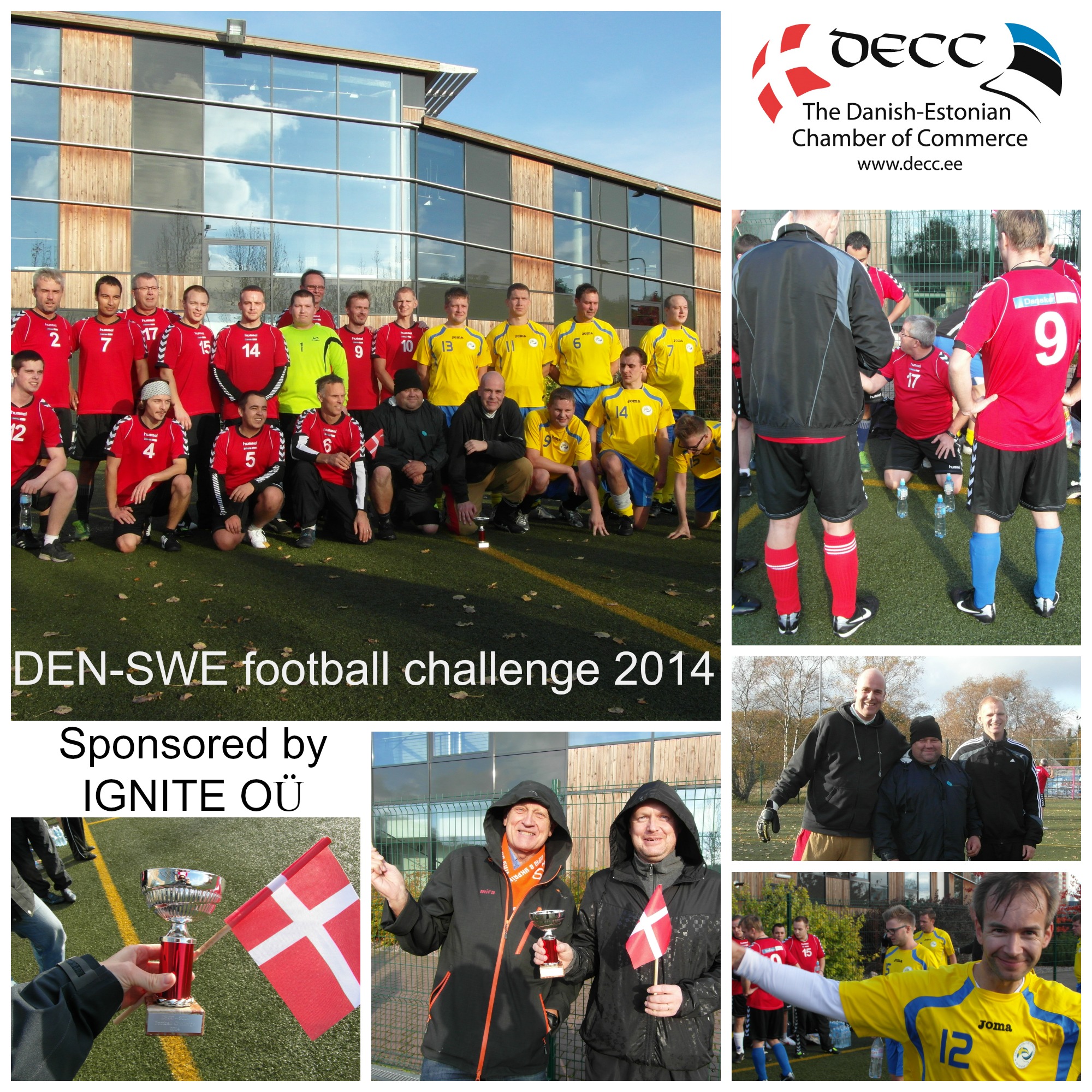 This lovely Saturday, October 11th started with a bit of a hassle at Arigato football ground - can we play or not? First time during the history of this friendly match since 2009 we had doubts on the arrangements. Luckily, the issues got solved after an hour of "sorting things out" with the stadium's current owner Nõmme Mängude Maja who had double-booked. All sorted, we started the match eagerly to beat the Swedish team. Even if we were really trying to beat their *****, we still had to accept a defeat also this time. Applause and congratulations for the Swedes! We will challenge you again in 2015!
The evening was continued at restaurant Usbekistan. The captain of the Danish team is Marius Fuglsang, who has the contact details of everyone who took part of the International Chambers' Football Tournament in spring. In case you'd like to get involved with a bunch of happy guys and play football with them, please contact Marius by e-mailmariusdamgaard@hotmail.com

Brief history of the football challenge

Tradition was started in 2009, when the Danes invited the Swedes to play. All players enjoyed the activity and it was agreed that we should continue organizing the challenge. Out of this mere Saturday in 2009, we took up the idea of also organizing the pan-chambers football tournament each spring in the end of May that we first realized in 2010 as the International Chambers' of Commerce Football Tournament.

Since 2009, the Danes and Swedes have shared the fun of just play and a relaxing dinner after that on a Saturday in September/October.

Winners of the challenge:

Danish-Estonian Chamber of Commerce thanks Marius Fuglsang for the preparations and motivation for the team, and we thank all our players for the good match and expect you return with eager to win next time again. Thank you all!Thank you!Merli LindbergDECC ManagerPhotos by: Merli Lindberg